Thirty-three years ago, he devoted himself to the seaweed industry with the dream of exploring the marine industry. Seventeen years ago, he started his own business, starting from a team of 30 people, from small workshops to big factories and now to Ocean Hi-Tech Industrial Park. At present, the Poly-Ocean Group created by him is currently the first high-tech enterprise in the whole industry chain nationwide integrating seaweed breeding, breeding, processing and comprehensive utilization, occupying half of the country's seaweed industry. He is the chairman of Qingdao Jumbo Industry Group Co., Ltd. Wu Shipeng. Recently, the reporter arrived at the Poly-Ocean Group in the west coast of Qingdao and listened to Wu Shipeng about his indissoluble bond with the seaweed industry. 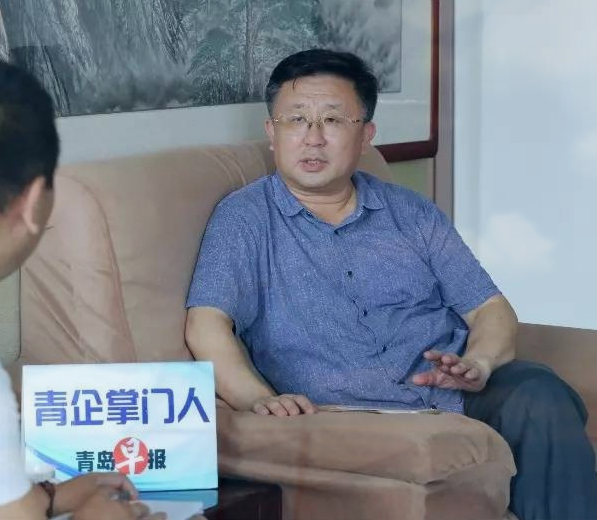 "Health and living in the sea, growing up by the sea, there is a natural maritime complex, this complex let me from a young age began to aspire to the marine industry." Wu Shipeng told reporters that 33 years ago, with "Ocean Dream" he graduated from school Involved in a state-owned enterprises, began to study seaweed industry. During his tenure at Seaweed Enterprise, Wu Shipeng gradually became familiar with this industry and also seemed to see the "prototype" of the future development of seaweed industry. As a result, in 2000, he led some laid-off workers to start their own businesses. However, the seemingly simplistic shift from state-owned enterprises to start-ups was not in any way a relief. "Start of business, often difficult to start, the team started with only 30 people, we count as scratch." Wu Shipeng recalls, in addition to the problem of shortage of talent, was the biggest problem in front of them is the lack of funding problems, a total of five shareholders Cumulative 86 million yuan to start the capital, which leased factories, research and development technology is very tight. After going all out and going around, Wu Shipeng set her sights on a factory that had been idle for many years. Through low-cost leasing, it not only reduced costs but also successfully reclaimed the first pot of gold through capital restructuring.

In 2005, Wu Shipeng led his team once again embarked on the road of capital operation, they rented a factory in the same Jiaonan urban area. "Each other's factory, regardless of venue or equipment, was exactly what we wanted at that time, and we could start production once it was taken over and we rented an 'egg-laying chicken'." Wu Shipeng said that from then on, Philosophy is formed in his mind, and after several successful capital operation, but also to let the poly-Ocean Group to solve the problem of funding difficulties at the beginning of the venture, like a wingspan eagle has gradually plump myself wing. In 2010, Poly-Ocean Group gradually became a leader in the domestic industry. However, as a younger company, it is imperative to constantly absorb advanced technologies and realize the development of production, learning and research. "After solving the financial problems in the early days of entrepreneurship, R & D has become a new issue before the enterprise. As a high-tech enterprise, the integration of production, education and research has always been the lifeblood of the enterprise's survival and development." Wu Shipeng told reporters that in order to improve production, education and research The ability to "borrow the boat to sea" concept once again become a solution to business problems. Since then, Wu Shipeng attaches great importance to cooperation with colleges and universities, and through joint efforts with universities, to strengthen cooperation between industry, universities and research institutes. "Universities have advanced equipment, equipment, research-based experts and professors, R & D strength is far stronger than our business.Their experts, professors in the research and development, but also led and cultivated our own R & D personnel, improve independent research and development capabilities, Achieve the complementary advantages, sharing of resources. "Wu Shipeng said.

In 2010, Jumbo became the national seaweed processing technology research and development sub-center of the Ministry of Agriculture. While intensifying its independent R & D efforts, Wu Shipeng stepped up cooperation with well-known research institutes such as Ocean University of China, Qingdao University of Science and Technology, Qingdao University of Science and Technology, Yellow Sea Fisheries Research Institute and the Chinese Academy of Sciences Institute of Oceanology to further enhance the Company's technological innovation And research and development level.

Based on this understanding, Wu Shipeng will also reach out to foreign universities with the tentacles of cooperation. In February 2013, after many exchanges with Flinders University in Australia, PolyU established an industry-university-research alliance. In April of the same year, the two sides jointly built an advanced seaweed biological joint laboratory, opening up a precedent for the Chinese algae enterprises to build joint laboratories with foreign universities. 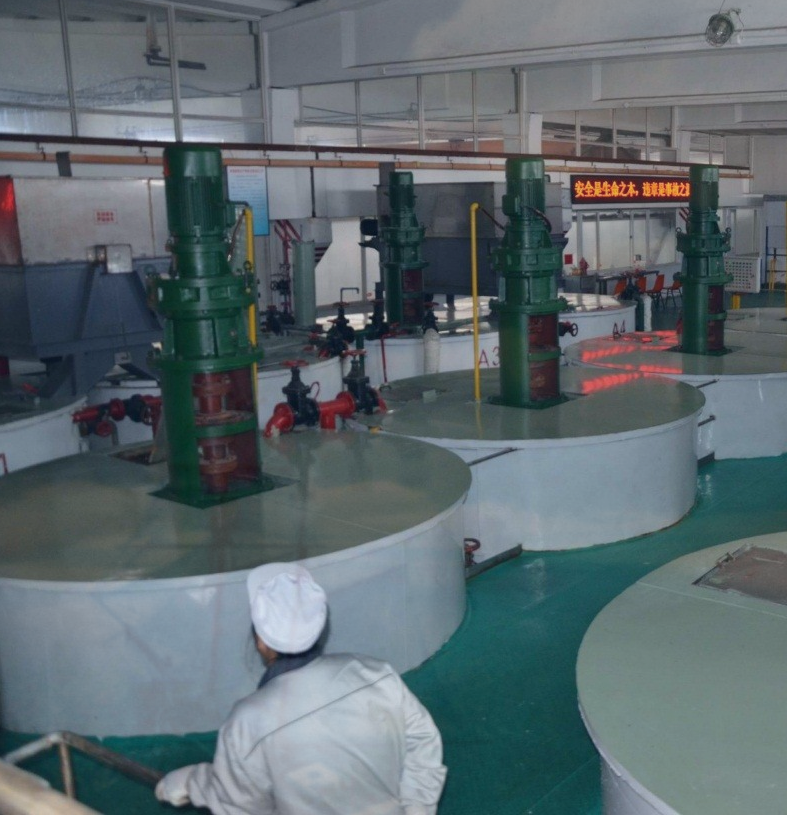 "In recent years, the nutritional value of seaweed has gradually been recognized, seaweed is increasingly used as food ingredients, and as algae as raw material production companies have suffered a substantial cost increase, the shortage of raw materials." Wu Shipeng told reporters In response to the situation at that time, they once again implemented the concept of "borrowing boats and going to sea" in order to create their own brand of "Poly-Ocean" and go abroad to earn foreign money. Wu Shipeng recalled that in February 2013, PolyU established the alliance of industry, university and research institutes with Flinders University in Australia. Both sides also jointly established advanced seaweed biological joint laboratories in South Australia and Qingdao respectively. On this basis, in 2014, Poly Australia Group completed the merger and acquisition of Australian seaweed company (AKP) for A $ 5 million. 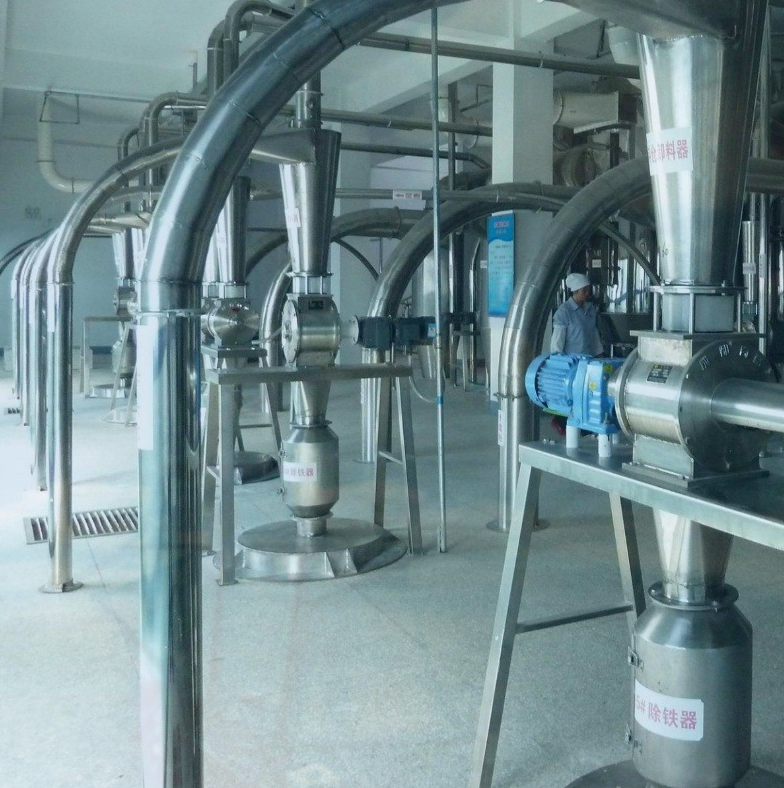 "Australia's AKP Seaweed Company, the only company in South Australia with a seaweed operating permit, owns a large acquisition of plant sites, packaged plants, production lines and seaweed on the 150km coastline for the Group's development Injected into the positive energy. "Wu Shipeng told reporters that as the Australian diatomaceous digestion and utilization of resources is relatively small, a lot of seaweed decay caused pollution of the seaside environment, the merger, the development and utilization of Australian seaweed resources, improve the environment played a positive role, get The Australian government's strong support, 堪称 "win-win." Since then, Poly Group has become the first company to grasp the exploitation of seaweed resources in South Australia, breaking the bottleneck of resources and realizing the in-situ processing of raw materials. At the same time, it has also laid a bigger platform and foundation for the Junta Group to utilize new technologies, develop new products and promote the transformation of new achievements.

Wu Shipeng said that in recent years, Junta Group has set its sights on Indonesia as the "maritime pivot" and implemented 6,000 tons of red seaweed polysaccharide project with Indonesia's Lin Group. It has established a large red algae processing base in Indonesia and has an annual output 4,000 tons of red seaweed polysaccharide carrageenan production line and an annual output of 2,000 tons of red algae polysaccharide agar production capacity. At present, the poly-Ocean Group has established three foreign raw material bases in Australia, Indonesia and Chile and is proceeding to establish a new raw material base in South Africa and Ireland. "Borrow the boat to sea" to go abroad to earn foreign money, so that the poly-Ocean Group really started the universal universal essence, growing.

"Relying on the technical advantages of joint laboratories and overseas mergers and acquisitions, PolyOne is leaping from industrial-grade products to food-grade products and the next step will be toward pharmaceutical-grade products. While realizing the transformation and upgrading of products, the development and utilization of new technologies instead of the traditional Technology, to achieve cleaner production, energy saving and emission reduction, to achieve industrial restructuring and upgrading. "Wu Shipeng said Poly Dayang Group is currently the first set of seaweed nursery, breeding, processing and utilization of the whole industry chain-type national high-tech enterprises . First is to create a domestic first-class seaweed breeding base of the "leader"; production of alginate, carrageenan, agar products, creating the world's first production of three major algae products "dragon body"; seaweed residue by-product As a raw material for the production of seaweed fertilizer, seaweed feed, seaweed diet three comprehensive utilization of products, to create a seaweed processing "eat dry squeeze net, a drop of the remaining" all-round transformation of the "tail." Form a "one-stop" whole industry chain innovation and development model. "The popularity of the Chinese, the essence of the universal universal, the wealth of the continents, the aura of the Divine Divine, the vitality of the modern, the pride of gathering the Chinese." This is the "six gas" that Chairman Wu Shipeng himself wrote, Poly ocean Group ambitious career development.

The reporter saw Wu Shipeng chairman of the first side, first of all by his refined demeanor and Svan's conversation attracted, it is difficult to present the calm middle-aged man, with a monopoly of the "head" of the title contact Together However, it is such a low-key entrepreneur who has written a legend in China's seaweed industry.

It is based on Wu Shipeng's low-key and pragmatic, making him good at thinking and assessing the situation, good insight into opportunities and grasp business opportunities, and dare to accept the challenge. The temperament of Confucian traders is full of affinity and cohesion, not only setting a prestige, but also setting a banner on the commanding height of the industry.

"An enterprise without an independent brand will eventually be a son of little support." As Wu Shipeng said, I believe that the chairman who loves poetry can not only create a dynamic high-tech industry, but also can create a long history Corporate culture brand.