The Journal of Meat Research, Volume 33, 2019, published a paper by Wang Wei, Wang Yu, Chen Rixin, Li Peijun, and Chen Conggui from the School of Food and Biological Engineering of Hefei University of Technology and the Engineering Research Center of Agricultural Biochemical Engineering of Hefei University of Technology. The effect of sodium molecular weight on the properties of low-fat emulsified intestinal gel." The paper was funded by: Anhui Province Science and Technology Major Project (17030701026).

The fat content of emulsified meat products such as Frankfurt sausage and luncheon meat is usually as high as 20% to 30%, and the proportion of cholesterol and saturated fatty acids is also high. Excessive intake of animal fat by humans will increase the risk of obesity, hypertension, cardiovascular disease and coronary heart disease. On the other hand, animal fat can play a key role in the processing of emulsified meat products by stabilizing the emulsion state of meat emulsion. Sodium alginate (SA) is a water-soluble dietary fiber polymerized by glycosidic bonds. It can form an ionic acid gel with Ca2+ in the stomach to provide satiety, reduce blood sugar and insulin, reduce fat digestion and reduce body mass ; Adding SA to meat products can stabilize, emulsify and thicken.

Wang Wei, Wang Yu, Chen Rixin, Li Peijun and Chen Conggui from the School of Food and Bioengineering, Hefei University of Technology and Agricultural Biochemical Engineering Research Center of Hefei University of Technology, Ministry of Education, used low-fat (10%) emulsified intestines as the research object, ranging from 0% to 0.75 % Addition level, study the influence of three molecular masses (2 660, 3 890, 4 640 kDa) SA on its gel properties (water-binding capacity (WBC) and texture), and from the surface of meat protein Hydrophobicity, rheological properties of meat emulsion, and gel microstructure are used to explore the influence mechanism in order to provide a reference for the selection of polysaccharides in the processing of low-fat emulsified meat products. 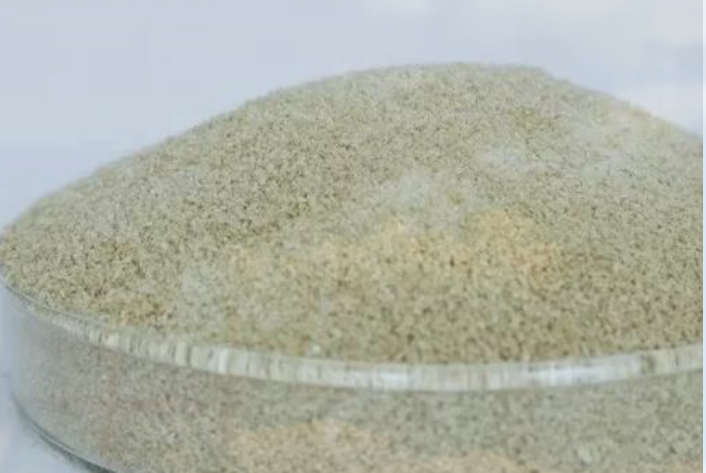 At 0.25% and 0.50% addition levels, the three molecular masses of SA can significantly reduce (P<0.05) the surface hydrophobicity of myofibrillar protein in meat emulsion, and with the increase of SA molecular mass and addition amount, the protein surface The degree of hydrophobicity decreased significantly in turn (P<0.05). This decrease may be due to the electrostatic repulsion between SA and meat protein leading to the aggregation of protein molecules, embedding part of the surface hydrophobic residues; and as the mass of SA molecules increases, steric hindrance and electrostatic repulsion increase, resulting in meat The protein aggregation is intensified, thereby embedding more surface hydrophobic groups, which is manifested as a significant decrease in the hydrophobicity of the protein surface.

The three molecular mass polysaccharides L-SA, M-SA and H-SA can all promote the formation of continuous microstructures of protein gels and reduce fat aggregates), and as the molecular mass increases, electrostatic repulsion and steric hindrance increase Large, the interference effect on the meat protein is enhanced, and the micropores of the protein gel microstructure are enlarged. Compared with the L-SA group, the gel structure of the M-SA group is more uniform, dense, and continuous; but compared with the L-SA group and the M-SA group, the gel structure of the H-SA group becomes rough, which may It is because the added H-SA produces greater steric hindrance and electrostatic repulsion, which intensifies the aggregation of protein, thereby reducing the hardness of the low-fat emulsified intestine.

Next：What are the main ingredients of carrageenan? Is it harmful to the human body?