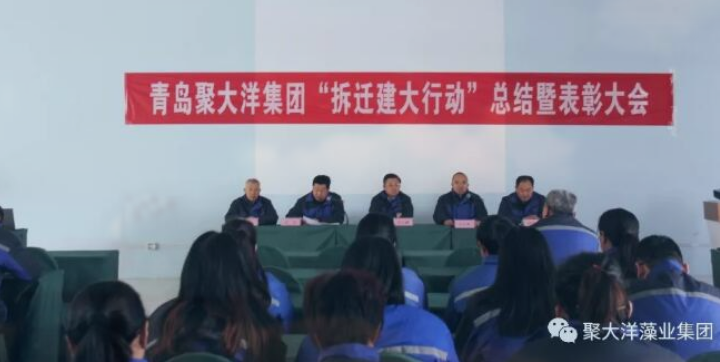 Wu Bo summarized the demolition and construction work. Among them, the biggest highlight in the demolition process was safety and no accidents. Cheng Yuemo announced the commendation decision and awarded a total of 36 outstanding employees as "Excellent Employees in the Factory Relocation Campaign". Then, a grand awards ceremony was carried out. Chairman Wu Shipeng personally handed out certificates of honor to the winning employees. 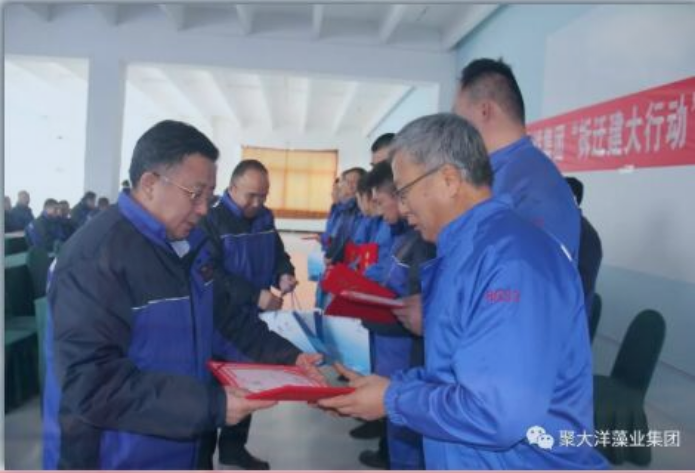 At present, the company has established the ability to produce the three major glues (algin, carrageenan, agar) in the same industry in the world at the same time, and has realized in-depth development to form the industrialization of seaweed polysaccharide medicinal hollow capsules. The same industry has formed a unique core competitiveness of enterprises. 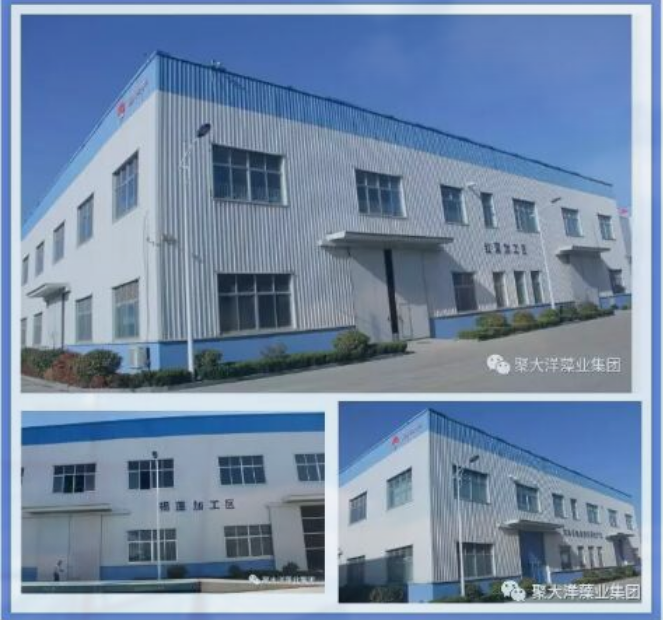 The main body of the first phase of the Group’s newly-built Marine Biomedical Science and Technology Park has been partially capped. The subway station is backed by the China Resources China Railway University City. Investment promotion, innovation and entrepreneurship, and technology incubation have been fully launched. Welcome people of insight to build a business and live in peace and contentment. ,Develop together. Previous:Qingdao Gather Great Ocean Group appeared in international exhibitions and is committed to expanding the market!

Next：Start A New Journey And Present A Gift To The National Day! GGOG Held The Operation Ceremony Of The New Production Line